Do You Have What It Takes? 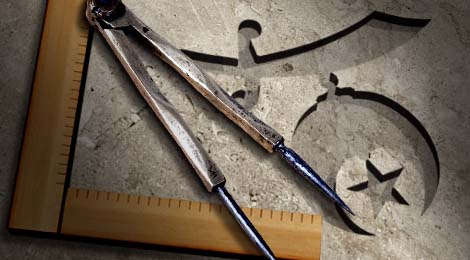 In order to become a Shriner, a man must first be a Master Mason. Freemasonry is the oldest, largest and most widely known fraternity in the world. It dates back hundreds of years to a time when stonemasons and other craftsmen on building projects gathered in shelter houses, or lodges. Over the years, formal Masonic lodges emerged with members bound together not by trade, but by their desire to be fraternal brothers.

The basic unit of Masonry is the Blue Lodge, where members earn the first three Masonic degrees. The highest degree is Master Mason. Men who wish to become Shriners must first achieve Master Mason status – that means all Shriners are Masons, but not all Masons are Shriners. Find out more about the steps to becoming a Master Mason or Shriner at www.beashrinernow.com/Roadmap/

We have listed our Joining Process below. 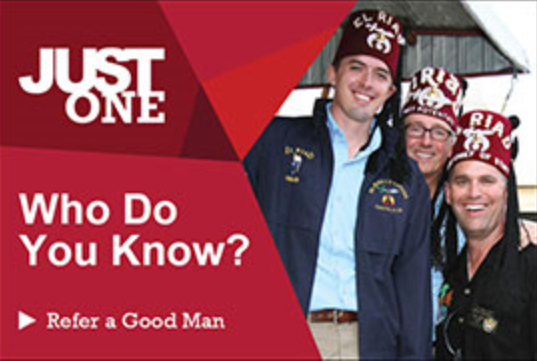 Do you know someone that would make a good Shrine Mason? The future of our fraternity relies on your commitment. It just takes three easy steps. Go to beashrinernow.com/referrral 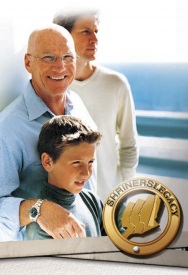 Take pride in family and fraternity.
For many men, being a Shriner is a family tradition. The Shriners Legacy program is a way to show your pride in being a Shriner and to share with your own family the special brotherhood that comes from membership.

Honor yourself and your family by sharing your legacy.
The Shriners Legacy Program is open to any male family member who is a Shriner, including Fathers, Sons, Grandfathers, Grandsons, Brothers, Nephews, Uncles and In-Laws.

Display your legacy
Since 1872, nearly three million men have been honored to call themselves Shriners. Become part of the Shriners Legacy program and you and your relative will be eligible to wear a special pin that represents the pride you have in your Shriner heritage. You will also be able to take part in a variety of fun events and activities.

Keep the tradition alive
Shriners International will continue to grow as the tradition is passed from one generation to the next. As a Shriner, you can find out more about the Shriners Legacy program at shrinersvillage.com

To join the Nile Shrine, you will start with a petition. There are four types of petitions - Initiation, Affiliation, Association and Restoration. Please see the explanations below.

Once you have completed the appropriate petition, it is submitted to the Nile Office. Please see below what needs to be included for each petition.

If you are new to a Shrine, your information is entered into our database called WebFez as a candidate. The Nobles of Nile Shrine will vote as to whether you will be allowed to join or not. You will be notified on the results of that vote. Typically this takes place at one of the Closed Stated Meetings, but sometimes it requires a Special Meeting, especially during the summer months when Nile is considered "Dark".

Your Nile Membership card and a Certificate will be mailed to you shortly afterward.

If you are not new to a Shrine, your information is entered or updated in our database and your payment will be processed. You will receive your membership card in the mail shortly afterwards. A membership vote is not required.

Use this petition if you are new to any Shrine Center and you are a Third Degree Mason.

Get Petition
Petition for Affiliation

Use this petition if you have taken a Demit from Nile or another Shrine and would like to join a Shrine again.

Get Petition
Petition for Association

Use this petition if you belong to another Shrine Center but would also like to belong to the Nile Shrine.

Get Petition
Petition for Restoration

Use this petition if you have been suspended from Nile or any other Shrine Center but would like to join again. 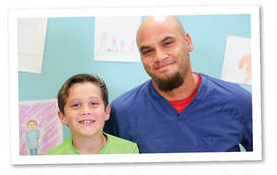 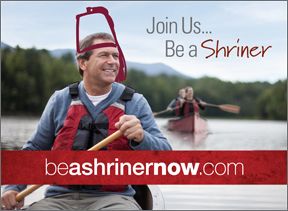